Blog
/
Why You Should (and Shouldn’t) Become a Digital Nomad

Why You Should (and Shouldn’t) Become a Digital Nomad 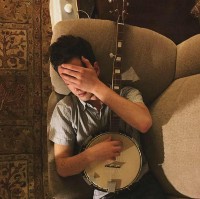 All my friends were in class when I got off my first plane in Germany. Based on statistics and tradition, that’s where I should’ve been, too. Goals and dreams propelled me to Berlin, though, because I couldn’t find or fulfill what I wanted working a 9–5 in Nashville. I wanted to radically transform my mindset and worldview because I realized both of them were full of holes. My purpose becoming a digital nomad was to facilitate a change in myself as astounding as Clark Kent entering a phone booth and Superman flying out of it.

In my mind, travel was that metaphorical phone booth.

Whether you’re considering making the jump, actually planning the jump, or just reading this so you can figure out ways to keep your kids from being like me, understand that embracing the nomadic lifestyle is a radical change. No one’s overhyping it — I’m struggling to make it work because this is the vehicle for what I want. I believe in the reasons I’m doing this enough to keep going.

When you miss a deadline, a client asks for a refund, and you’re already low on cash (happened), you’ll need a good why.

It can’t be a stupid, unrealistic expectation for your adventures, though. Getting more stamps in your passport won’t keep you going when you pitch a fight with 5 men and lose (yep, this too). Believing you’ll magically become awesome because you’re a traveler will disappoint you when you realize you’re the same loser you were in Cleveland as you are when you’re in Krakow.

Now that I’m in sunny Los Angeles, reassessing the next steps in my journey and flipping through my journals from the road, I’ve been able to see what my time abroad has done for me so far. Not everything in this journey of lifestyle design was what I expected or wanted from the experience.

I’ve put together a few reasons why you should leave your local life behind and hit the road with your laptop, because you’ll need answers when you lie awake asking yourself why the hell you’re doing this.

Before that, though, I want to give you reasons to maintain the status quo and forget this idea of lifestyle design.

Because if you make unrealistic goals your purpose in this journey, you’d be better off staying home.

Reasons NOT to Become a Digital Nomad

Let me clarify — There’s absolutely nothing wrong with running from other people’s dreams, from mediocrity, from a life filled with regrets. If you’re running from who you are, though, you’ll never be able to go far enough. Travel, working for yourself, and pursuing your dreams don’t make your insecurities and flaws go away. Lifestyle design isn’t a miracle drug for self-actualization.

Rather, the nomadic lifestyle strips away externalities and reveals who you actually are. You can’t blame your brother for stealing the girls you’re trying to talk to, blame your work hours for never practicing Spanish, or blame Taco Bell’s value menu for making you overweight.

Those excuses are thousands of miles away, and you have to take responsibility for being shy and lazy and fat.

This is helpful if you’re ready to change yourself drastically and force self-improvement. However, if you’re not ready to face your own shortcomings, it can freak you out.

“They make one journey after another and change spectacle for spectacle. As Lucretius says ‘Thus each man flees himself.’ But to what end if he does not escape himself? He pursues and dogs himself as his own most tedious companion. And so we must realize that our difficulty is not the fault of the places but of ourselves.”

You Just Want More Stamps In Your Passport

In the same way 90’s Christians started to despise the term religion because of negative connotations associated with their own behavior, travelers now try to avoid the negative feeling associated with being tourists. Most of them behave exactly the same way, but they don’t like the label.

It’s understandable, because tourists are often the worst kind of people. They don’t try to learn local languages, they disrespect everyone, and if they’re not belligerently drunk, they’re carving their names into the Coliseum and taking selfies.

Unfortunately, if being a nomad to you is no more than being able to brag about how many countries you’ve visited, that’s who you’ll become — Another American asshole on a bus tour.

“The value of your travels does not hinge on how many stamps you have in your passport when you get home — and the slow nuanced experience of a single country is always better than the hurried, superficial experience of forty countries.”

You’re Trying To Get Rich

With the greatest enjoyment, I will crush this fallacy. Most of us will not become wealthy being a digital nomad, and that’s absolutely fine. The idea here is to become rich in time and freedom. I don’t make tons of money right now, and other lifestyle designers I’ve met don’t either.

We don’t need it.

I don’t mind living out of a backpack if it means I’m living my dreams.

For us, money is just a gateway to experiences. I’m having the time of my life, going where I want to when I want to, and as long as I can get a bed and a bus ticket, I’m happy. I don’t mind living out of a backpack if it means I’m living my dreams.

“People don’t want to be millionaires — they want to experience what they believe only millions can buy.”

No one’s going to force you to become a digital nomad. It’s possible for almost anyone, but it’s not the best choice for everyone. If you’re doing this with unrealistic expectations, the daily struggles of running your own business and living abroad will overcome you. The last thing I want to do is send a mob of delusional people into the world.

If these why’s aren’t your motivation, though, keep reading — See how many valid reasons we have for making the jump.

Reasons You SHOULD Become A Digital Nomad

If you’re reading this, you’ve probably considered making the jump before — Maybe even gone so far as planning income streams or browsing Kayak and Airbnb.

You just didn’t know if it was worth it.

After I answered those questions for myself, fear and doubt didn’t go away, but I now had a reason to overcome them. Here are the why’s that make me think this radical life change is worth it.

You Want To Escape Corporate Captivity

Whether you hate your job, hate your boss, or just want more out of your life and career, you have a good reason to rethink the 9–5. Not being satisfied with the status quo isn’t a bad thing — It’s the only way you’ll ever make progress. If you’re happy grinding it out in a cubicle every day for the next 30 years, then reading this blog will be the closest you ever make it to being a digital nomad.

Not being satisfied with the status quo isn’t a bad thing — It’s the only way you’ll ever make progress.

The potential lifestyle designer usually makes a problematic employee. Sure, many of us resent that managers don’t listen to our ideas, that our time off requests get denied, and that a raise for us “just isn’t in the budget this year.”

Most people will quietly go on resenting it, though, hoping that if they continue to work hard that someone will notice and reward them.

This quiet resentment doesn’t lie dormant in lifestyle designers. It erupts in a volcano of radical action. From negotiating raises and remote working agreements to leaving jobs to start their own businesses these individuals take control.

It’s not easy, but if you think taking control of your career is worth the pain, you have a solid why.

“The mass of men leads lives of quiet desperation.”

You Want To Become A Global Citizen

Americans are notorious for our ethnocentrism. The world is shrinking faster than Mario after a mushroom wears off, though, and it’s time for us to grow up and join the global community. Travel allows us to shake off what we think we know for a moment and experience other cultures and ideas.

“My grandfather hates Americans — many French do,” Yvan told me.

“Well, besides the obvious reasons, why?” I legitimately wanted to know. When this Frenchman said things that seemed offensive, they weren’t usually malicious — they were facts.

“Did you know your air raids in WWII killed more French than Nazis?”

“Yes, but many French still hate you for it. If I ask my grandfather about Americans, he’ll curse for hours.”

Due to the nature of hostels, I spent time with some locals and even more time with other travelers from different parts of Europe, Australia, and South America. Everyone had a new angle on history, on global conflicts, on Taylor Swift.

I had the opportunity to learn things that history books and news sources in America will never teach, like:

Traveling as a digital nomad enhanced my worldview by allowing me to engage humanity in different venues.

Once you break the mindset of “America is the best place on earth” and start to observe the lifestyles of people in other countries, you grow to appreciate how locals live. From socialized healthcare to Catholicism to Atheism to folk dancing, every person from every country can teach you something. You start to listen and learn. You become more a member of the world than a member of your political party or even ethnicity. You become a global citizen.

“Over the years, I feel like I have mastered the art of something I wouldn’t call “travel.” I’d call it living my life in interesting places.”

You Want To Transform Personally

If someone tells you that working for yourself or traveling makes you awesome, they’re full of shit. Thousands of small business owners or students studying abroad are still remarkably average.

Running your own business and traveling simply forces you into daily “survival of the fittest” situations. You either evolve, or you die. A few of the ways I think travel facilitates personal growth:

“I went to the woods because I wished to live deliberately, to front only the essential facts of life, and see if I could not learn what it had to teach, and not, when I came to die, discover that I had not lived.”

Personal transformation is the reason that I took off the way I did. Few people have influenced my life so much as Henry David Thoreau, and he eloquently described the situation I found myself in last November making plans. I wanted to become a student of life, and I wanted to become a better man.

These are the reasons I think people should embrace lifestyle design, drop everything, and buy plane tickets.

It’s not easy, but it’s possible.

And it’s worth it — at least to me and everyone else who’s tried it so far.

Where do you start? — How to prepare to travel the world

Note: These aren’t affiliate links. It’s not that we don’t like making money (we do) but because I want you to trust that I’m not just writing this to make a commission. These are all legitimately blogs and books I read and find value in. Take a look.

More from The Lifestyle Design Blueprint

Want to build the best website and freelance team?

Want to become more successful in your freelance or agency career?

Join thousands of Sixty subscribers who get exclusive tips sent straight to their inbox
Thank you! Your submission has been received!
Oops! Something went wrong while submitting the form.

Get more exposure for your freelance or agency services

Knock out your next project

Find the perfect Squarespace designer for your unique needs